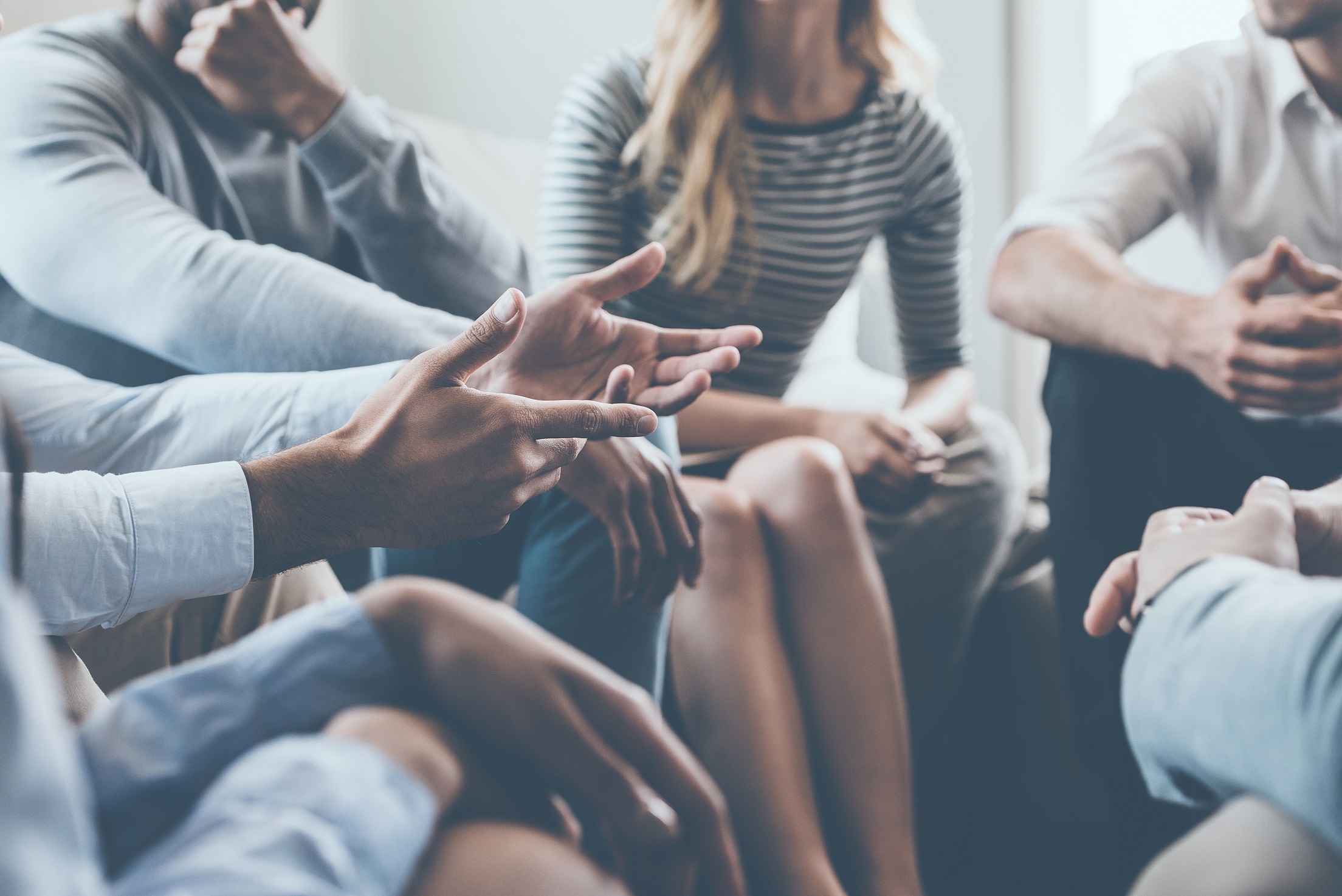 Young Strata is a Strata Management Agency that has grown by appointment to clients when they change Agency, rather than by purchasing management contracts from a former agent selling them. Although some clients change agency for price (or more often for value), our experience has been that most Owners Corporations don’t actually change Agency until there is a level of frustration with service or performance.

You may have read articles or case studies of Owners Corporations choosing to spend money to invest in their strata building to protect or improve value through preventative maintenance or through well-planned upgrades. They’re great stories and can inspire really valuable projects, but governance receives much less attention than it deserves. Without effective governance, simple things become harder than they should, and difficult things are impossible to achieve.

A Strata Committee (formerly known as “Executive Committee”) is usually appointed year after year, often with the same members – but in some buildings issues can remain outstanding for years.

We’ve advised a number of prospective clients that Young Strata won’t issue a proposal for appointment because their problems aren’t (mainly) with their existing Agent, so the problems may not be resolved simply by switching Agency.

The Strata Managing Agent (SMA) acts under instruction. In plainer English, we act as authorised. Telling the SMA about a problem might be enough to have it fixed if it is simple and within the delegations to the Agent, but many problems will require the Committee, or possibly even a General Meeting of the Owners Corporation, to authorise actions.

Consider your Owners Corporation’s experience in reviewing your by-laws before 30th November 2017. How easily could you discuss the existing by-laws. Did the current hot topics of pets and smoking come up? Did you need to retain a by-law prescribing a practice for Electronic Service of Notices or is it better to operate under the new statutory provision? Did you consider a by-law to allow the Strata Committee to authorise Minor Works? Have you got a by-law to deal with major renovations? Do you have a prescriptive by-law to deal with floor coverings? Did you need to consider an occupancy limit by-law if over-crowding is an issue? Have you formalised access control, or permitted uses if they present problems in your situation? Raising the topic of by-law review in many buildings prompted comments like “what are our by-laws?”– even from veteran Committee members who may be reasonable and rational people, just under-educated in Strata governance.

Meetings, whether they be General Meetings of the Owners Corporation (Annual or Extraordinary), or Meetings of the Strata Committee, are how decisions are correctly made in strata.

The Strata Schemes Management Act makes no provision for a decision to be made by Committee members emailing each other, with the SMA in copy, and reaching some sort of a consensus by private email that some idea sounds good. Many Agents, including Young Strata, will generally confer with the Committee when exercising our own authority, but that is not required and is not a substitute for Committee Meetings when a Resolution is required. A formal meeting of a Strata Committee will have a Notice and Agenda which was issued in advance and will allow other Lot Owners to know what is going on and to contribute or participate if they feel strongly about the issues being considered. It will also have Minutes, which will then be distributed.

Why you should have regular Committee Meetings

• Listen to each other. If Committee members hold different opinions or points of view, those opinions might be reconcilable by discussion. Even if not, the Committee should be better off for having had the discussion, then a Motion put to the vote. It prevents misinformation and reduces the risk of becoming factionalised.

• Learn ‘Strata’ from each other. Just because someone buys into Strata block and volunteers to join the Committee, it does not mean that they understand Strata legislation or governance. A Committee that continues to meet is a good training ground for new members to learn from experienced members (to the extent that they have it correct in the first place). And when the Committee members’ knowledge is pushed, the Strata Managing Agent in attendance provides an opportunity for real-time training on actual issues. Unless Committee members read and understand the legislation they are unlikely to guess the correct limits of Committee authority, good practices for dealing with difficult issues, the levy collection procedures, or by-laws, or whatever guidance the Act may provide in dealing with other issues.

• Learn about other issues too. The aptly named Strata Schemes Management Act tells Owners Corporations and Committees how to Manage the Strata Scheme, but it does not instruct or inform us about the myriad of other issues which can be relevant to strata blocks – just as they are relevant to the non-strata world. With money invested, there’s good reason to be interested in maintenance of the roof, understanding the fire safety measures if you have an Order, discussing quotes for concrete cancer repair works with Committee peers, reviewing legal advice and discussing it. Putting a bit of time and effort into developing a shared understanding of whatever’s going in in your particular block.

• Efficiency. Since the 1990’s email, and more recently mobile messaging technologies, have increasingly replaced verbal and face-to-face communication. Those technologies have their merits and can be great options in the correct circumstances, but they are no replacement and sometimes we need to go back to basics and ‘have a chat’. Most of us are busy these days and won’t have time to read and write iterative email chains circulated around a Committee. If a matter is proving hard to reach agreement with common understanding, stop emailing and organise to get together for a Meeting. It might seem inconvenient, but it’s more efficient than typing out whatever can be said verbally much more quickly, and verbal or face-to-face contact is much less susceptible to misinterpretation.

• Culture. Whether you realise it or not, your Owners Corporation has an identity and a reputation. Tradesmen will remember their experiences, Strata Managers will have a view on each Owners Corporation, and so will the Lot Owners and Occupants within it – based on their experiences. If there is no prevailing management culture, ideally from a Committee of benevolent and rational members who invest a bit of time in having these meetings and making good decisions, it is easy for 1 or 2 people to step into the power-void and end up making life hard for everyone. Whether it be indecisiveness, corrupt use of authority for personal gain, ego satisfaction, financial constraint preventing proper repair and maintenance, or any of the many other forms of disfunction – those risks are higher without a good Committee continuing over time and bringing new members into the right culture.

• Defence against Bullying. Bullies thrive on mis-information, invalidly claiming victim status when they don’t get their own way. A great way to properly understand how and why an issue was resolved by an Owners Corporation is by developing the ‘corporate memory’. Meetings are a great forum for explaining and reminding people why a decision was made. Misinformation is harder to spread when the facts are more widely known, and the aspiring bully who didn’t get their own way will have a much tougher time building political support and inflicting themselves on the otherwise-uninformed majority. They also can’t pester the Strata Manager or Secretary, when the correct option is for them to come to the next meeting and argue their case before all Committee Members or Lot Owner peers.

• Community. Owners Corporations and Committees are made up of people. Don’t just become names on email distribution lists. People will be more inclined to act respectfully and seek better understanding before judging or condemning each other’s ideas, when they remember the other side is a person. And you’re living together – or your tenants are.

Strata Manager is not a Fairy Godmother / Fairy Godfather

The Strata Managing Agent will resolve some issues easily (leaking pipes, electrical faults, etc) but other issues may require consideration of different points of view, and for a motion to be resolved in a properly convened Meeting to authorise those actions.

Committee members are entitled to vote in formally convened meetings, and such motions are passed by majority vote. It’s a form of democracy in action. There are very few rights or powers that Committee members can exercise except during meetings. Day to day management is usually delegated to the Strata Managing Agent, who you hope will be responsive and act carefully and in good faith.

Good Committee members will often put some of their own time into researching solutions or otherwise helping their Owners Corporation to deal with problems. The Strata Manager can often provide ‘Additional Service’ to assist an Owners Corporation progress issues, but contributions from Committee members can keep the cost and therefore charges for Strata Management down, and may draw on skills or knowledge that Committee members have, and may provide opportunity for Committee members to ‘get their teeth’ into an issue of interest. Solar power projects, landscaping design and/or maintenance, and interior decorating projects are good examples of initiatives that Committee member might dedicate many hours to, and in turn receive great satisfaction from the results. But when it’s time for the Committee to make a decision and authorise or instruct certain actions through the Managing Agent, a meeting will often be required – physically convened or held ‘by paper’ (written vote), to resolve the required motion(s).

Keep having Committee Meetings even when there aren’t major problems, maybe only infrequently if you don’t need them more often. Those meetings can foster a sense of community and also keep up the knowledge and practices of proper governance. Providing transparency and the opportunity for other Lot Owners to contribute when issues that they care about are being considered will help reduce the risk of disharmony. Being familiar with meeting practices will mean that your Owners Corporation will be much more agile when it needs to act quickly against unauthorised renovations, behavioural problems, or any other time-critical issue. You’ll also handle complex issues like major/capital works better when you’re not struggling with the basics.